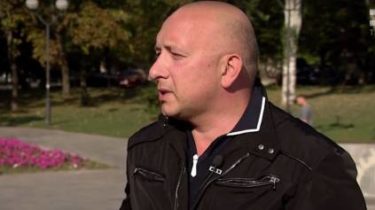 The younger brother of Mikheil Saakashvili, David remained in Kiev, despite the threats of deportation on Saturday. The migration service and the police saying that her husband expired on the legal grounds for stay in Ukraine, while the citizen of Georgia shows photos of the residence permit, which is valid until the end of this year, according to a story TSN.19:30.

Authorities Saakashvili Jr. suddenly released in a few hours. “I said that wants to talk to me Avakov Arsen Borisovich. I asked what was the matter – I said that already in place,” – said David. According to him, gave him to sign some documents in Ukrainian, which he knows is bad – and he agreed. Then, they say, was released without any documents about forced expulsion.

The immigration officers did not comment, as the press service of the interior Ministry insist that deportation is only a matter of time. Junior Saakashvili was fined and put on a plane, but it will allow you to choose the route. In this case David already knows what direction you will choose. “If a sudden power, then choose Georgia – this is my country, I love her very much,” says the brother of a prominent politician.

The detention, which was not. The guards showed the video from the press-Secretary of Saakashvili’s party

As previously reported, deprived the Ukrainian citizenship of the former head of the Odessa regional state administration, Mikheil Saakashvili said that the morning of 2 September, interior Ministry officials detained his brother David in Odessa. As it turned out, the staff Nacpac in Kiev delivered the bodies of State migration service. This is done in order to leave the territory of Ukraine, because the permission to stay was revoked due to the fact that earlier he was denied a work permit in Ukraine. A former adviser to the interior Minister Ilya Kiva declared that already in the second half of the day on Saturday Saakashvili Jr. see his native city of Batumi.