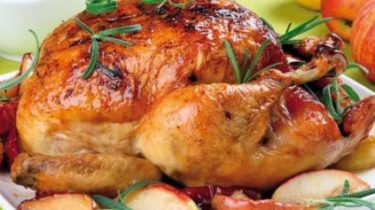 In Ukraine again expensive chicken. Why – the answer must be sought in his diet. The chicken usually Ukrainians eat the most. It is easier to prepare, cheaper, and meat diet. And while there is a growing demand, the manufacturer there is a great temptation to throw the hryvnia-two dozen on a product that do not lie on the shelves.

Now kilo of poultry costs about 90 UAH. Prices began to rise in late summer. Last year the cost increased in July. Pork is now worth more than 100 UAH. That is a chicken left the competition among the meat.

Expensive dollar and the Euro are not allowed in the Ukraine imports. Expensive overseas chicken for the price of Ukrainian is not a competitor. Therefore, the Ukrainians only eat domestic chicken.

There is another problem. The lion’s share of the chicken – industrial. Peasant economy is almost not growing these birds for sale. So I can’t compete with the factory farms. There is no competition, the major manufacturers – gods and kings on the market. The consumer is in trouble.

Meanwhile, exports are growing with considerable pace. That is, the Ukrainian products are well selling out abroad. However, similar growth and production. Poultry farmers on the issue of rise in prices said that prices are affected by seasonality, with July prices are always rising. And it’s true. But then, closer to October, several fall – that’s statistics. And falling after the pork, because in the fall the traders slaughtered animals. More meat, and manufacturer the same chicken is forced to make concessions. This is the most would have to feel in areas where poultry produce a lot of: Kiev, Vinnitsa and Dnipropetrovsk. In other regions fall expect less tangible.

What will happen to the prices of other food products this fall, read on Dnia this link.