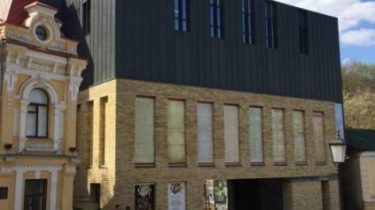 Residents of the capital in the petition are calling to Commission the building of the Theatre on Podil.

This is stated on the website e-petition of Kyiv city Council.

“The new building of the Theatre on Podil is an example of modern architecture and functionalism. He sets off and emphasizes historical sights around, without breaking the ensemble of the street, and at the same time does not suffer pseudohistorical. In the UNESCO recommendation on the conservation of heritage stated that the new building may be similar to the old in places of historical development”, – stated in the text of the petition.

There was a photo inside of a controversial Theatre on Podol