Homutynnik resigned from the post of the head of the “Vidrodzhennya” 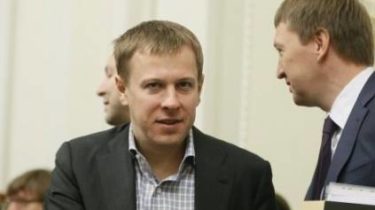 Chairman of the parliamentary group “Party “Vidrodzhennya” Vitaly Homutynnik decided to leave the post of head of the group.

About this “Ukrainian truth” reported in a press-service of the party.

This decision Khomutynnik announced Tuesday at a meeting of the parliamentary group.

According to him, such decision is connected with desire to avoid political pressure on the group.

The Deputy Homutynnik was the beneficiary of 40 companies, and in 2015 earned 166 million UAH

Recall that in “Vidrodzhennya” called slander the statement of the Governor of Transcarpathia Gennady Moskal about the involvement of people’s deputies Vitaly Homutynnik and Vladimir Skorobahach to the change in the leadership of the Transcarpathian customs.

The party noted that the way Moskal is trying to distract public attention from the unfulfilled tasks in the field.