In the Kremlin, briefly commented on the words Grybauskaite about Putin’s onerous requirements 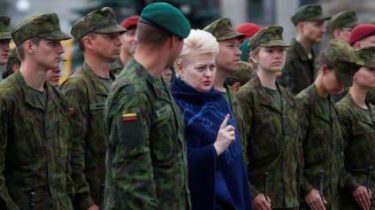 Press Secretary of the President Dmitry Peskov said that the words of the President of Lithuania Dalia Grybauskaite on the list of requirements from the head of the Russian Federation Vladimir Putin are false.

He told about it to journalists of RIA Novosti.

The Lithuanians take the ATU soldiers as their sons – Grybauskaite

Earlier, Grybauskaite said in an interview that at the first meeting with the President of Russia has received from the Russian leader a list of requirementsthat had to fulfill her country. In particular, Lithuania was not to build a nuclear power station and pledged to cooperate with Russia. “It was not offer to be friends or to co-operate — or do you kneel and do, or you’re the enemy,” – said Grybauskaite.