The judge of the Supreme administrative court found 100 thousand dollars, the origin of which he could not explain 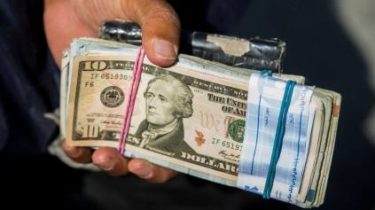 Galician district court of Lviv seized the money during a search found at home and at work, the judges of the Supreme administrative court Oleg Galashkina.

In particular, the joint between the apartments on the street Lavra in Kiev August 9, seized 98 659 thousand dollars, 5 thousand Euro and 430 225 pounds. His work found a thousand dollars.

The judgment States that judge Gelaskin said detected on-the-job money doesn’t belong to him. But of the nearly 100 thousand dollars found in his apartments, “extra” was 37 thousand dollars, which are not mentioned neither in the Declaration nor to explain their origin, a judge could not.

“Claims that the funds belong to the individual (name in the registry not publicly published), relevant to the criminal proceedings may be used as evidence, in particular, some of them corresponds to the funds specified in his Declaration,” – said in the decree of the court and addressed by the NEB.

Earlier it was reported that judge Gelaskin wants to service housing, while the members of his family, according to NABU, already was 2 apartments in the centre of Kiev, 7 – in Yalta, and at least another two in Dnipropetrovsk region.

Videoshuge the Supreme administrative court plans to service housing, when the family has 11 apartments