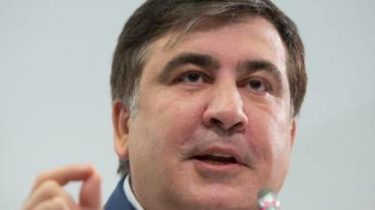 The Ministry of justice of Ukraine received a request from the Prosecutor’s office of Georgia for the arrest and extradition of former ex-Chairman of the Odessa regional state administration of Mikheil Saakashvili. This was stated by the Deputy Minister of justice of Ukraine on European integration Sergei Petukhov.

“Ukraine has received a request for the search, detention and extradition of Mikheil Saakashvili. The request of the Main Prosecutor’s office of Georgia addressed to the Ministry of justice of Ukraine and General Prosecutor of Ukraine”, – he said during a press conference.

The additional questions of journalists roosters refused to answer, being confined to an official statement.

Deprived of citizenship , Saakashvili in late July, when he was outside Ukraine. He is a politician promised to return September 10.