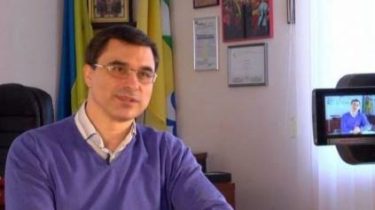 The they took part in the Obukhov law enforcement officers, who were accompanied by employees of SBU. As reported in head Department SBU in Kiev region, searches are the result of open criminal proceedings regarding abuse by the officials of the municipality Ukrainka.

Criminal proceedings is under the control of the police Department in the Obukhov district of Kyiv region.

The fact of searches and confirmed at city hall. However, more information to provide refused, citing the absence of mayor Pavel Kozyrev, who now takes part in a conference in the capital.

In Nikolaev there are mass searches of local deputies and businessmen

The Director of the local information resource “the Tripoli region,” Eugene Tsapenko in comments TSN.ia reported that a possible reason for the searches is the activities of the mayor Pavel Kozyrev and his subordinates. “Personally, I believe these actions are corrupt. The only thing I can reproach to law enforcement that they were delayed for a few years. For a long time they were supposed to be here and work,” said Tsapenko.

“Ukrzaliznytsya” searching for purchase the substance for air conditioners for the 3.8 million UAH

“We repeatedly wrote to the resource that the driver of the mayor monthly transferred funds from 16000 to 20000 hryvnias, which are to repair three vehicles. This is not a salary, it’s not fuel. It’s just repairs. Imagine that every car breaks down every month for 300 dollars each, hard. What kind of transport. We on this occasion appealed to the Prosecutor. There was an investigation. Perhaps that’s the reason. Also the system administrator, which the city Council works, receives wages, purchasing equipment and the money was transferred through his sole proprietorship. The father of this sysadmin is a former Chairman of the city Council. There is also a large question in respect of flats when the developers handed over,” he added, Tsapenko.