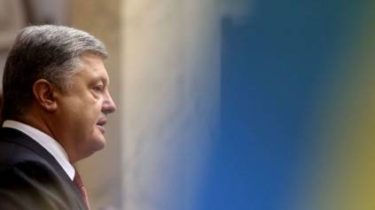 Russian network remain instruments of the Russian security services, so their number in Ukraine will be reduced in the future. This was during the appeal to the Verkhovna Rada on 7 September was declared by the President of Ukraine Petro Poroshenko.

“Because of the established in the current year, sanctions against companies which are operated by Russian search engines and social networking… the Russian propaganda sites dropped out of the ten most visited web-resources in Ukraine”, – quotes his words UNIAN.

Garant added that despite this for the rest of the Russian sites should be carefully monitored.

“The Russian network were and still are tools of the special operations of Russian security services in an undeclared war against Ukraine. Therefore, in the future will be for them to closely monitor and reduce their presence,” – said Poroshenko.

Recall, may 16, the Russian social network “Vkontakte” and “Classmates”, “Yandex” and hundreds of others got to the list of legal entities in respect of which Ukraine has imposed sanctions.

President Petro Poroshenko said that the sanctions that were imposed against Russia can be revised after a full withdrawal of Russian troops from the territory of Ukraine.