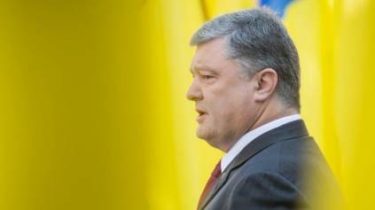 The evidence about Russia’s preparations for war on a continental scale is becoming more. On September 7 during the appeal to the Verkhovna Rada , said the President of Ukraine Petro Poroshenko.

In the opinion of the guarantor, the main threat from Russia – the military.

“There is no indication that Moscow was willing to retreat from Donbass, to withdraw from Crimea. But the evidence of its preparation for offensive war on a continental scale, unfortunately, more”, – quotes his words UNIAN.

According to Poroshenko, it is, for example, the Russian-Belarusian exercises “West–2017”.

We will remind, earlier Poroshenko said that Ukraine has emerged from a deep economic and political divide, but now it hangs on the “evil Horde” – the aggression of the Russian Federation.