The court began bankruptcy of the former gas monopoly Firtash 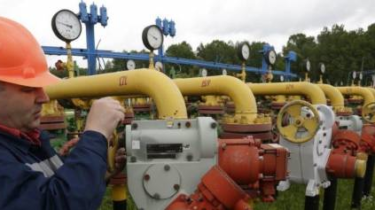 The economic court of Kiev commenced bankruptcy proceedings PJSC “UkrGaz-Energo” , which in 2006 held a monopoly position on the market of gas imports to Ukraine and the supply of fuel to industrial customers.

This is stated in the message of the Supreme economic court, writes Liga.Net.

Bankruptcy proceedings instituted at the suit of the Ukrainian GTS operator Ukrtransgaz company.

“Ukrposhta” obtained the license for supply of natural gas

The company earlier sought the court of bankruptcy UkrGaz-Energo in connection with a debt of $ 580 million. It was formed in the course of contractual relations N117-36 of 28 February 2007, in which the operator of the GTS to provide trader services on gas transportation.

This debt was recognized by the court in 2010, and in 2011 his execution was issued the corresponding order. But later UkrGaz-Energo obtained a postponement of the execution of this decision.

As reported, PJSC UkrGaz-Energo was created in February 2006, Naftogaz and RosUkrEnergo on an equal footing. 50% of RUE was owned by Dmitry Firtash and Ivan Fursin.

The company first started to sell gas to industry in the Ukrainian market. Through a share in RosUkrEnergo Gazprom owned 25% of UGE.

Until April 2006 “UkrGaz-Energo” became the exclusive importer of Russian gas, buying it in RUE Naftogaz is on the border with Russia.

In spring 2008 the Cabinet of Ministers cancelled the decision on creation “UkrGaz-Energo” . Naftogaz filed a lawsuit with the requirement to eliminate the middleman.

After the elimination in 2015 of RosUkrEnergo, Gazprom’s share in UkrGaz-Energo became the company Centragas Holding Limited (Cyprus), the ultimate beneficiary of which is Firtash.

Centragas owns 50% of UGE. The remaining 50% of shares were alienated from Naftogaz and their affiliation is controversial.