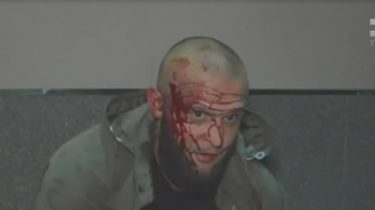 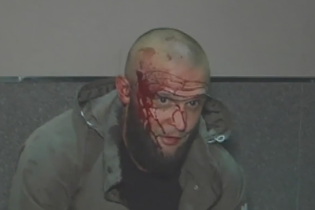 Morning fight with machetes outside a nightclub in Kiev staged displaced persons from the occupied Donetsk and member of the National guard. This is stated in the story TSN.16:45.

The quarrel occurred due to the fact that people allegedly praised terrorists from “LNR” and “DNR”. National guardsman Alexander, who says that he fought on the front and on the three days came to the capital, heard the side of the separatists.

“At this club were people who said that fighting for “Novorossiya,” says the national guardsman.

In Kiev, the conflict on the bus escalated into a brawl with shooting

Another participant of the fight from Donetsk claims that the security forces led him away from entertainment and began to blame the fact that he is Russian.

On the street they got into a fight – five against one. A military pulled out a knife and metal telescopic stick, however, find out who is stronger, prevented by police protection. An armed man rushed at them.

“Our employee was stabbed,” he told the police officer guard Alexander Zakharchenko.

Injured Igor Goncharenko is now limping on his left leg – the shot hit just below the knee. The man was lucky the wound was shallow.

“I tried to break up a fight. Felt a twinge in the Shin, then he saw it was blood. The fight was stopped”, – he told.

The parties to the conflict in a condition of alcoholic intoxication, was sent to the police Department. Soldier of the national guard for assaulting a police officer, one administrative fine will not do.

We will remind, in Odessa shooting occurred just in the Barber shop. The conflict arose between the two visitors who got into an argument over space in the queue.