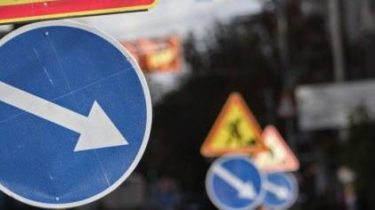 Since Monday, September 11, in Kiev will restrict movement on the street to March 11, 2018 in connection with the reconstruction of the water supply.

This is stated in the corresponding order of the Metropolitan city administration.

“To temporarily restrict the movement of vehicles occupy the roadway and sidewalk on the street borshchahivska from Blacksmith lane to the Povitroflotskyi overpass in connection with the performance of the private joint stock company” Kyivvodocanal “September 11, 2017 March 11, 2018 of works on reconstruction of water pipeline 500 mm in diameter”, – said in the order.

As previously reported, in Kiev until September 12 at night, will cover the Rail of the highway because of road repair.

Note, from 8 to 10 September, the movement will be partially restricted on the South bridge. In addition, from 5 to 20 September will partially restrict traffic due to repairs of the paving in the street – on a site from the house number 10 to number 12.

Earlier it was reported that the Khreshchatyk will be closed from 15 to 18 September in connection with the holiday of thanksgiving.