The explosion in the center of Kiev died, “personal enemy Kadyrov” – the witness 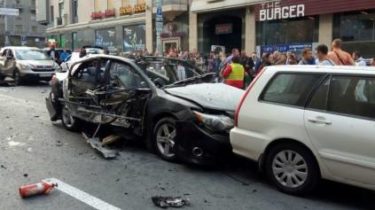 This was at the scene told reporters, a close friend and colleague of the deceased.

The man explained that Makhauri was a personal enemy of Ramzan Kadyrov and his life was repeatedly attempted.

In the opinion of men, the murder is “Russian trace”.

“There were threats, he tried several times to blow up in Georgia,” – said a friend of the deceased.