Lutsenko has distanced himself from the decision on extradition of Saakashvili 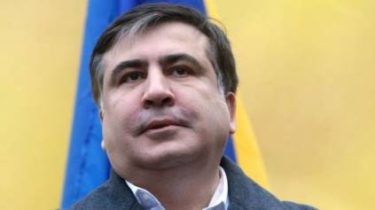 The decision to extradite the ex-President of Georgia and former head of the Odessa regional state administration , Mikheil Saakashvili will take the Ministry of justice of Ukraine, and not the Prosecutor General’s office.

On Thursday press Secretary of the head of the GPU Larisa Sargan.

The day before, on September 5, the Ministry of justice of Ukraine received a request by Georgia to extradite Mikheil Saakashvili and sent these documents to the Prosecutor General. It was reported that the office of Yuriy Lutsenko after verification, need to decide what will be the response of the domestic judicial system.

Sargan noted that the GPU has received a copy of the request Chief Prosecutor’s office of the Ministry of justice of Georgia for the extradition of Saakashvili.

“Given that criminal proceedings in respect of which extradition is requested of the specified person are under consideration by the Tbilisi city court, according to article 574 of the criminal procedure code of Ukraine the request of the competent authorities of Georgia will be considered by the Ministry of justice of Ukraine”, – said the press Secretary of the head of the GPU.