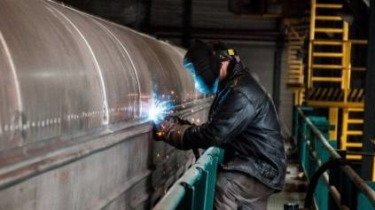 Ukraine to modernize its aging infrastructure to a minimum of $ 35 billion. And we cannot do without loans, foreign investment and private capital.

This was during the presentation of the draft law “On concessions,” said the first Vice-Prime Minister, Minister of economic development and trade Stepan Kubiv, transfers UNIAN.

One of the most effective mechanisms of developing infrastructure is a public-private partnership.

“This tool in developed countries is one of the main ways of use of financial instruments,” – said Kubiv.

This partnership allows to share the risks between government and the private sector, to ensure effective management of infrastructure projects, using the experience of the private sector. At the same time, the system of the existing legislation on concessions in Ukraine did not work.

“I am convinced that the updated law on concessions will not only open new opportunities but will also open a new market,” – said Kubiv.

The Ministry of infrastructure together with the European Bank for reconstruction and development and the world Bank is now preparing three concession pilot project in the field of port infrastructure. In particular, a draft of concession stevedoring company “Olvia”, the Kherson trade port and ferry terminal in the port of Chernomorsk.