The Polish firm will undertake the repair of Ukrainian roads 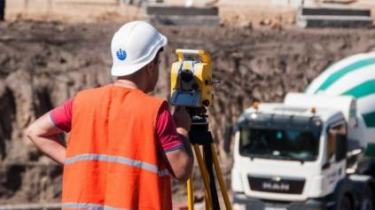 Ukrainian road repair Polish firms. They will do this for the money borrowed from Warsaw to Kiev.

The corresponding contract with “Ukravtodor” was signed on 7 September, reports Polish radio.

About 6 billion UAH of taxes will be directed on repair of Ukrainian roads.

For 60 million euros would be fixed 144 kilometers of roads close to the border with Poland.

The Polish firm will execute capital repairs of six fragments of roads that lead to border crossings. The head of “Ukravtodor”, the former Minister of transport of Poland, Slawomir Nowak, has noted that this is the first in Ukraine project of this type.

Polish companies selected through tenders. Repair of roads will be engaged the company “Unnibep” and “Drog-Bud”. The Director of the second firm Arthur Tauzowski added that half of the work will perform Polish workers, 60% of the materials provides the Polish side, and 40% – Ukrainian.

The first fragments of roads will be brought into operation next year, the second part in 2019.

We will remind, in Poltava building three bypass portions 20 kilometres of brand new roads pave the Turks for the money of the world Bank.