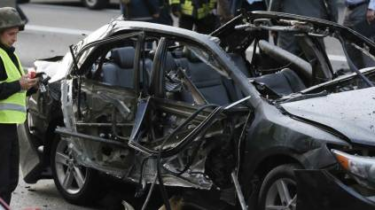 The explosion, which killed a man and a woman received serious damage comes from the explosives, which were laid in the car.

This was reported by press Secretary of the Ministry of internal Affairs Artem Shevchenko.

“The victim is a citizen of Georgia, his identity is established. Is Timur Makhauri. He had a liaison Desk with all sorts of Chechen communities, have been detained and prosecuted this year in Ukraine, made a deal with the investigation and received a suspended sentence, it seems, for illegal possession of weapons,” – said the spokesman.