Fighters two dozen times fired on the Ukrainian military. Chronicle of the ATO 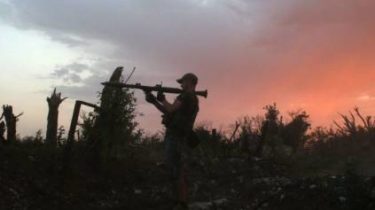 Sunday, September 10, in the area of ATO in the Donbas the militants 20 times fired at positions of the Ukrainian military.

“Given that part of shelling of our positions was a direct threat to the life of the Ukrainian military, units of the ATO forces repeatedly opened fire in response. Since the beginning of days of losses among the Ukrainian defenders there,” – said the press center of staff ATO.

The shelling was concentrated mainly in Donetsk and Mariupol directions.

“So, from midnight to five times the militants from small arms fired at our strong points in the area of Avdeyevka industrial zone. And from APCS, grenade launchers and heavy machine guns the enemy four times to beat on the Ukrainian fortifications in the vicinity of Zaytsevy. In the seaside area of the epicenter of the fire activity of the militants is the village Water. Here Russian mercenaries four times used grenade launchers of various types and one heavy machine gun. Also under enemy fire, were our positions near Talakivka, Lebedinsky and Starognatovki”, – stated in the message.

On the Lugansk direction militants fired three mines of calibre of 82 millimetres on the strong points of ATO forces near Novotoshkivske.