“Go back to the first plan,” Saakashvili decided to go to Ukraine by bus 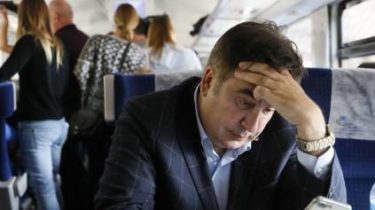 The former Chairman of the Odessa regional state administration, Mikheil Saakashvili decided to go to the checkpoint “Krakovets” on the bus.

“We’re going back to the first plan. The responsibility, if the aunts will do something, rests on Poroshenko,” – he said.

“We offer to go together on the bus to Krakovets”, – said the politician.

VideoLAN with “intercity” has failed. Saakashvili came to Ukraine by bus

Today, Sunday, September 10, former head of the Odessa regional state administration and the former President of Georgia Mikheil Saakashvili, which has deprived the Ukrainian citizenship, is about to enter the territory of Ukraine through KP “” that in the Lviv region.