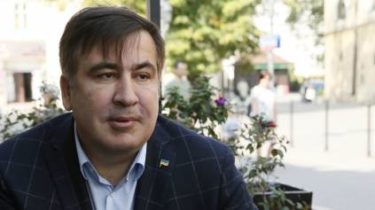 The bus with the ex-head of the Odessa regional state administration Mikheil Saakashvili presented at the border control at the checkpoint “shehyni” on the Polish side and waits to cross the Ukrainian border.

It is reported by TV channel NewsOne.

Saakashvili on air of TV channel said that Polish border guards questions to his documents was not. However, to enter the territory of the Ukrainian side he can’t, because checkpoint blocked.

Besides, all the people in the queue for the bus Saakashvili also can’t cross the Polish-Ukrainian border. Pedestrian crossing checkpoint “Krakovets” also remain closed.