The border guards said about mining of the checkpoint, which stuck Saakashvili 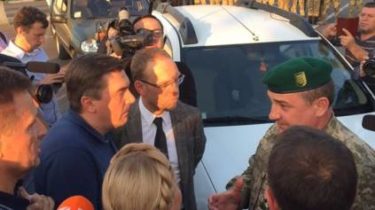 Control checkpoint “shehyni”, which is now the bus with the ex-head of the Odessa regional state administration Mhala Saakashvili rigged.

About this Facebook said Advisor to the former Chairman of the SBU Markiyan Lubkivsky,who is on the scene.

“Only what the guards said that according to the operative duty officer of the SBU in the Lviv region, crossing shehini bomb!”, – he wrote.

The people’s Deputy Svitlana zalishchuk, which is also located at the scene, said that after notifying the guards about mining people that had gathered to meet Saakashvili, began to shout “shame!”.