“Another crime of the occupier.” The foreign Ministry sharply commented on the verdict Chilgoza 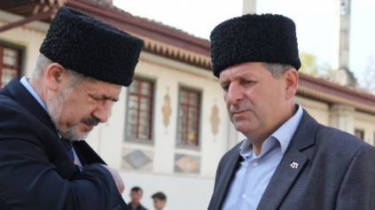 The Ministry of foreign Affairs expressed strong protest because of the decision of the court in occupied to the Crimea on the conclusion of Deputy Chairman of the Majlis of the Crimean Tatar people of Akhtem chigusa.

This was written by the speaker of the Ministry of foreign Affairs of Ukraine Marian Betz on Twitter.

She considers the verdict a farce and a crime.

The Ministry expressed strong protest because of the decision in respect of Chiygoza.

“For 8 years. Farce. Another crime of occupation. We Express our decisive protest to the Russian side and fight on for Ahtem”, – she wrote.

8 years. Farce. Another crime of occupation. We Express our decisive protest to the Russian side and fight on for Ahtem pic.twitter.com/QBLQ4kGxSO

Recall that Chiygoz condemned the so-called court in occupied to the Crimea to eight years in colony of strict regime. About the decision told the lawyer Nikolai Polozov in his Facebook. Thus the requirement of “prosecutors” were fully approved.

Chiygoz was accused of organizing mass riots. The politician was detained for two and a half years ago for participating in a rally in support of the territorial integrity of Ukraine in February 2014.