In NTRAK said when you cancel the controversial formula “Rotterdam+” 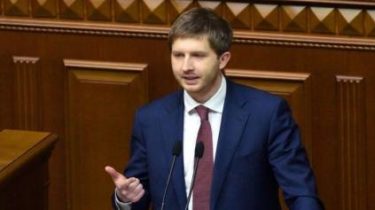 Head of the National Commission, carrying out state regulation in the energy and utility tariffs Dmitry Vovk said that the formula for calculating the cost of electricity “Rotterdam+” canceled with the introduction of the electricity market.

“It will be cancelled, definitely. With the introduction of the electricity market, which was voted by the Parliament. This will happen in 2 years exactly, when the Commission would lose the authority to approve the prices for electric energy,” – said Vovk in the air “112 channel”.

Tariffs Rotterdam. After blocking of coal from the Donbass got up a Grand Scam

He also recognized that this formula is optimal for the transitional phase in reforming the industry and took it legitimately.

“Price is the average value at the relevant hub, given the logistics and quality-adjusted. This approach, in my opinion, justified, it is fundamentally justified, it is appropriate for the transition phase until such time as it will be the liberalization of the electricity market and natural gas”, – quotes his quote “the Economic truth”.

Earlier, the NEB undertook to investigate the validity of the introduction of the controversial scheme “Rotterdam+”. The Bureau suspect that the Chairman and members of NTRAK have created all the conditions for the growth of sales price of electric energy in the wholesale market. Officials of the national Commission are criminal proceedings upon abuse of official position.

In the case of detectives has searched the building NKREKP.