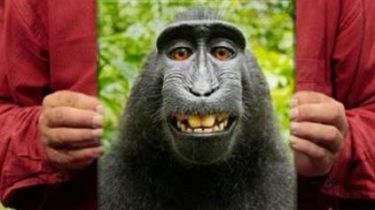 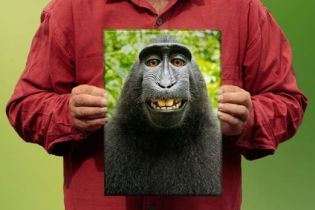 An unprecedented legal battle lasted two years. Animal advocates and Western agencies insisted that copyright belongs to the animal, and therefore it is heritage of mankind and should be freely available. Slater claimed that a selfie of the macaque is his personal property and demanded Wikipedia remove the photo, posted without his permission. Wikipedia refused, and the organization for the protection of animals PETA sued, asserting copyright macaques.

The judge in January 2016, acknowledged that the act copyright does not apply to animals. As reported by The Washington Post, Professor of anthropology and primatologist Agustin Fuentes during the trial, said that the animal was doing photos for the sake of fun camera sounds, not to create something. In his opinion, this is not enough to claim “authorship” of the work obtained.

Subsequently, however, PETA has decided to appeal the decision. On 11 September this year, the court made a final decision in favor of the photographer.

Videophotography proved his right in the photo made by animals

Today, September 12, Slater posted an entry in Facebook, which announced the settlement of the claim and noted that the protection of animals, in his opinion, much more important than disputes about copyright.

“David Slater will donate 25% of future income from selfie monkey to charitable organizations dedicated to protecting and improving the welfare and living environment of Naruto and crested black macaques in Indonesia,” – said in the recording.

Yesterday, September 11th 2017, Naruto and I settled the copyright claim out of court. I have issued a joint statement…

Recall that a selfie of the macaque was done 6 years ago in the Indonesian jungle. Black macaque stole the camera from the photographer and arranged a photo session.