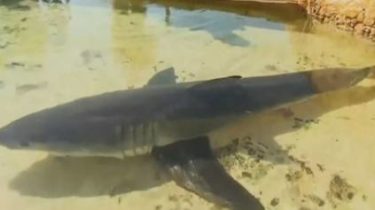 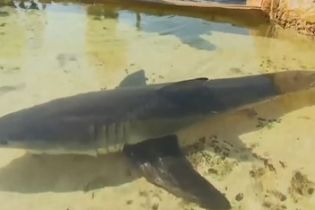 On the Australian beach saved the little white shark, according to a story TSN.19.30.

The animal was exhausted and to go back to the sea could not. People tried several times to help her to return to depth, but in the end took the shark to the reserve.

Veterinarians say she has minor injuries, but overall feels good. So soon expect the shark to let go.

White sharks are considered the most dangerous to humans, these predators are threatened with extinction – in the world there are about three and a half thousand.

We will remind, in the U.S. state of North Carolina 20-year-old man tried to avoid arrest by jumping into the ocean. When the suspect ran out from the land more than a kilometer, police took to the air drone and noticed that a fugitive is being pursued not only they. At a distance less than 8 meters from the man was a shark.