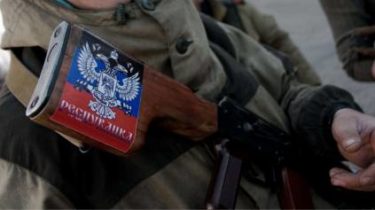 In the higher and middle levels “of the administration of the head of DND” spreading rumors about change of the management team of “DNR” in October of this year.

It is noted that the rumors are based on the latest developments in the occupied Donetsk.

In “DNR” critical shortage of physicians: doctors threaten to “front” for dismissal – Tymchuk

“So, 05.09.2017 in Donetsk took place the meeting with participation of senior management “DNR” and representatives of the Russian Federation on the further development of the “DNR”. At the direction of the Russian side, participation in the meeting adopted a limited circle of leaders “DNR”, for example, the leader of the public movement “Donetsk Republic” Denis Pushilin was not for him, allowed”, – stated in the message.

Thus, during the meeting the representatives of aprf has not indicated clear prospects for “DND”, however, given to understand that strategic decisions on this issue will be taken in the Kremlin in the near future and will be associated with a radical personnel changes in the “DNR”.

Earlier it was reported that in “DNR” going to suspend so-called “chief justice “DNR” Edward Jakubowski. The decision was taken according to the instructions of the leader “DNR” Alexander Zakharchenko.