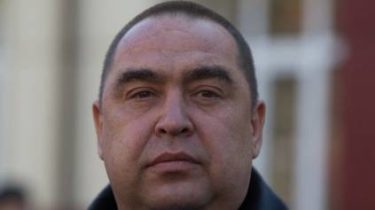 In absentia the trial against the leaders of the so-called “LNR” shot down Ukrainian IL-76 over the Lugansk airport began again in the river. In the attack, which killed 49 of the Ukrainian military accused separatists of three, including the leader of Luhansk militants Igor Carpenter, said in the story TSN.19:30.

Valentine korenchenko in court with a photo of their only son – now forever 23 years old. “Died on the plane. Until the end of his days I’m going to go crawl to be punished – and severely punished,” says the mother of the deceased. The three leaders of the separatists threatened with life imprisonment, the Commission of a terrorist act accused the former commander of the illegal formation of “dawn” Igor Carpenter, his Deputy Andrey Patrushev and the leader of Lugansk militants battalion “Vityaz” Alexander Gureev.

Videosu of the leaders, “LC”: proceedings of the downed IL-76 was moved again

The father of one of the dead Marines in absentia justice is not too believe. “I came with some hope Potopalsky, that’s all. The highest measure – and whether it will be”, – says Anatoly proud. As soon as the meeting, as all three judges take turns claim rejection. Explain: there were violations during the automatic distribution of criminal proceedings, and they wrote messages in social networks. “I come to the conclusion about the impossibility to participate,” says judge Natalya karyagina.

Relatives of the victims did not hide his indignation and accuse judges of intentionally delaying. “Your children at home! And our – broken to pieces,” complained one mother. Their reaction is understandable – this is the second rejection in the process. The lawyer of the relatives of the dead Marines are already preparing a complaint to the high Council of justice and says that now he will have to find another court. “This court has no judges who would consider this a criminal proceeding. They do not want to consider these criminal proceedings!”, – says Vitali Poghosyan.

The message on suspicion to the leaders of the so-called “LNR” sent by mail to their home addresses, state-provided lawyers, but accused of terrorism and his defenders do not communicate. “I tried to reach out, to inform on social networks, but no response, no interest from my client I do not see,” – said Alexander goyda.

Three years after the tragedy have not been punished and the ones who sent the plane to Lugansk. Proved in court – the army had information that the enemy is preparing an ambush. Major General of Ukraine Viktor Nazarov was convicted of negligence and sentenced to 7 years, but he’s still on the loose and even saved the post and the title. Now then chief of staff of the ATO is appealing the verdict in the court of appeals meeting to be held in late September.