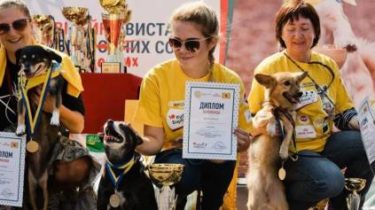 Exhibition in the Jubilee Cup, Barbosa has 10 years celebrates friendship between people and dogs without pedigree, but with a loving heart.

What started as a small event ten years ago, which was attended by a total of 60 dogs, was a big festival with several thousand spectators. The main goal of the Cup of the watchdog is to show that “the watchdogs” – does not breed animals, lovely Pets, friends and just as smart and capable as their purebred counterparts.

In Ukraine “adoption” dogs from the kennel or even on the street yet not the most popular way to have a pet. But after each Cup of the watchdog, part of the visitors decided to take this step – and everybody wins, and dogs, and people. Over 250 four-legged contestants demonstrated a variety of dog talents, and stories of their life prove that a loving environment is the most miserable “watchdog” becomes the loyal friend and family member.

“In Kiev for this contest, I came from the city, but Lada used to travel together, we have traveled to 11 countries on the car, and I even wrote a book about it. And I picked up at the entrance of her home as a puppy. On the street she might not survive, and now this dog is a climber, award for outstanding achievements. I can not imagine any trip or travel without it”, – said Igor, an experienced participant of the Cup of the watchdog. 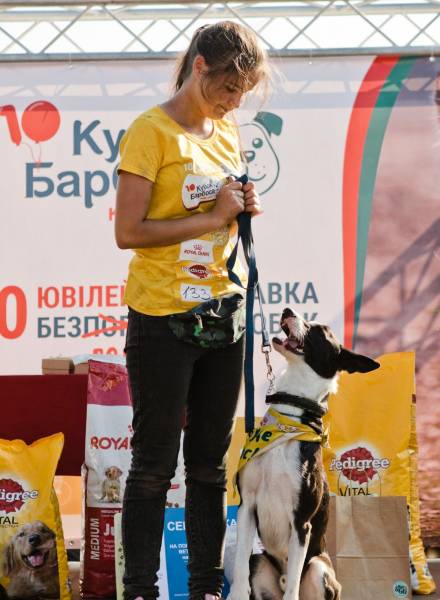 A large number of homeless animals on the streets can pose a problem, and events such as the Cup of the watchdog seek to attract attention and show humane solutions. World experience and vivid examples of participants “Cup Barbosa” confirm – everything is possible, and gradually the trend of the “adoption” of a dog from a shelter wins Ukraine. “This year we have registered 100 dogs more than in the past. Now we are thinking about to in the next year to hold the Cup for two days, since the participants all the more, and each of these dogs deserves attention. Of course, this will require additional efforts, because we – the volunteers, – says Irina Tereshchenko, Cup organizer and head of the Youth League of animal protection. – Prepare a Cup only 5-7 people, but in the event the us helps 30-40 people, although we would like to attract more people. Every year we come up with something new, so that competitors and spectators have something to do, where to meet, socialize, learn something useful, gain some positive energy and inspiration. Although many participants said that for them the main thing is the atmosphere and communication, contests have real, not for show – the judges are very professional judges and some contestants are preparing for a year. It is a special pleasure and an opportunity to unlock the potential of the dog, a new way to learn it.”

The Cup of the watchdog for 10 years, was one of the key events for breeders, and this was made possible thanks to the support of partners – responsible companies who are not indifferent to the fate of homeless dogs. The first year the Cup supports Mars Ukraine – producer of high quality animal feeds. This is not surprising, as purebred animals need the same care as a purebred. “The Cup support watchdog has become for us a tradition. Very pleased that from year to year the number of participants steadily grows, so grows the interest in the Pets that need humane treatment. Our company plans in the future to support the Cup to join all not indifferent people to make Pets ‘ life better,” – commented Ruslan Skiba, Director of corporate Affairs at Mars Ukraine.