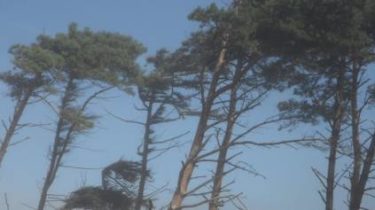 This is with reference to the Ukrainian hydrometeorological center reported in a press-service of the KSCA.

As weather forecasters predict, in the capital is expected to partly cloudy, no precipitation, wind gusty, South-West changing to North-West, the temperature is about 20°, and this weather will continue until September 16.

In turn, the Kyiv rescue service under the Department of urban development and the preservation of the natural environment decided to remind the basic rules of behavior in case of strong winds.

“All the house Windows tightly closed, clean with balconies and loggias items that can fall out; if you were on the street to stay away from billboards, power lines, trees; in the event of strong winds take refuge in the nearest building or natural shelter; avoid being near large trees, especially poplars, and also not to Park next to them, the vehicles” – called rescuers.

We will remind, earlier rescuers warned of extreme fire danger in Ukraine. Citizens urged not to lose vigilance while camping.