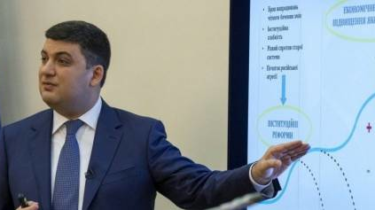 Prime Minister of Ukraine Volodymyr Groysman instructed to explain to the ambassadors of the European Union regulation on the language of instruction of the law “On education”.

“Yesterday I instructed the Minister of foreign Affairs, the Minister of education, asked that the meeting was attended by the acting head of the Committee on education of the Verkhovna Rada of Ukraine, so they gathered together, held a meeting with ambassadors of the European Union and is absolutely fully explained the details of the law, what mechanism will work” – said Groisman.

The Prime Minister stressed that Ukraine – a democratic country that respects the rights of national minorities.

“The law “On education” just makes it impossible to provide normal access to the languages of national minorities, and on the other hand provide opportunities for the development of our native Ukrainian language,” he said.