In Russia outraged by the new Ukrainian law on education 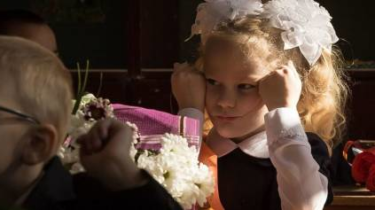 The Department of information and press of the Russian foreign Ministry harshly criticized adopted by the Verkhovna Rada of Ukraine the Law “On education”.

This is stated in a statement.

Russia noted that the document establishes “strict limits on the use of languages of national minorities with a view to their complete elution from the educational system of this country till 2020”.

“Although the law Russian language is not mentioned, it is obvious that the main goal of the current Ukrainian lawmakers is the maximum infringement of the interests of millions of Russian-speaking residents of Ukraine, forced the establishment of a multinational state is mono-ethnic and the language regime. Consider this step as an attempt to “Maidan” authorities to carry out a complete Ukrainization of the educational space of the country, which directly contradict its Constitution, and taken by the Kiev international obligations in the humanitarian sphere”, – noted Lavrov.

In Moscow, stressed that this law was criticized by the foreign Ministry of Hungary, Poland, Romania, and the President of Moldova.