Police arrested the associate of Saakashvili, who beat the guards 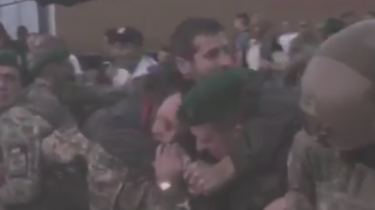 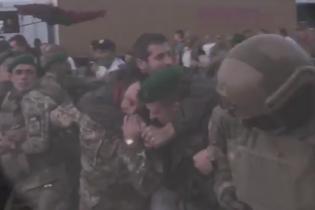 The national police detained one of the associates of deprived of Ukrainian citizenship Mikheil Saakashvili – Alexander (Andrew), Katyshenka. This was announced by the people’s Deputy and Advisor to the interior Minister Anton Geraschenko.

On his page in the social network he posted a video where during a break the boundaries of man beats security forces.

Published by the Anton Gerashchenko 12 September 2017

Meanwhile, David Sakvarelidze, a member of the “Movement new forces,” Saakashvili said about the arrest of two people. He also said the name of the detainee, Katyshenka – according to policy, he’s Andrew, and not Alexander.

“Now that arrested our activist from Cherkasy – Andrew Katyshenka. He was among those who wound up Mikhail in Ukraine, supporting the will and desire of Ukrainian people for democracy and justice. In these minutes, taking him to Lviv. Yesterday, fifteen representatives of the interior Ministry were detained our colleague from Ivano-Frankivsk – Alexander Burtsev, who also took an active part in the events of Sunday”, – he wrote in Facebook.

Mass arrests and repression of our activists! Now here arrested our activist from Cherkasy – Andrew Kota…

Deprived of citizenship , Saakashvili in late July, when he was outside Ukraine. He is a politician promised to return September 10. Heentered the territory of Ukraine through KP “shehyni” that in Lviv region, although I was going to make it through KP “” that in the Lviv region. To the border he got on the bus and illegally crossed it, together with 60 persons. Some of them have used force against the guards.

At first he tried to cross the border by train intercity “Przemysl – Kyiv”, but he was detained through a “personality who has no grounds for entry into Ukraine“.