In “Ukrzaliznytsia” announced the new routes, both international and across Ukraine 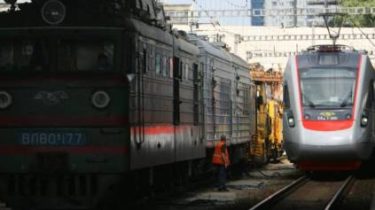 By the end of 2017 , “Ukrzaliznytsia” together with the Railways of Moldova will launch the train Odessa – Chisinau.

This was announced by acting Chairman of the management Board Evgeny Kravtsov at the briefing on 12 September, the press service of “Ukrzaliznytsya”.

According to him, the Agency will develop domestic and international routes for the carriage of passengers and assign the new trains.

As noted by Evgeny Kravtsov, Railways of Moldova already produced rolling stock for this route and updated the cars.

“We are seeing the revival of international transport operations and will develop it. Currently working on a new baseresolver route Mukachevo-Budapest, to develop the direction Kovel-Chelm in the growth of passenger traffic. Next year will start the train in the direction of Romania,” – said Kravtsov.

The priority, according to Kravtsov, the development of the domestic passenger transport routes to reach most of the settlements and make a convenient interchange nodes-station.

“Our goal is to connect regional centres such as Cherkasy, Chernihiv, improving communication with Zhytomyr, to develop routes from the city. In the long term will enter the route Uzhgorod – Ukraine, Ivano-Frankivsk – Kostiantynivka – this will allow you to securely connect to the Donbass with the Central and Eastern regions of the country. Significantly improve the message of the Dnieper Dnieper and Kiev will get a new good connection. In General we will provide the Ukrainians with much more opportunities to travel around the country, get to know her”, he said.

V. O. Chairman of the management Board of “Railways” also noted that the strengthened control over observance of the schedule of movement of passenger trains.

Recall, September 4, the first flight went under construction three passenger cars. The cars have a number of design differences and improvements which will make the journey more comfortable. For example, for the first time in a passenger train, passengers will be able to use the modern coffee machine that offers a great selection of drinks.