Killing machine. As in the Network laugh at the Yatsenyuk-“the Transnistrian Thriller” 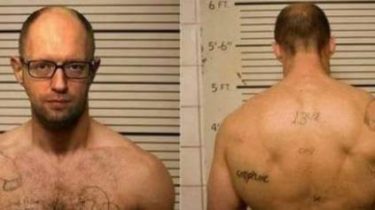 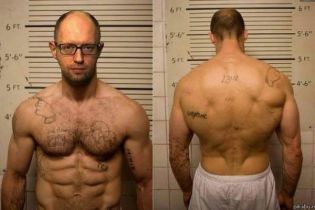 Another flimsy accusations by Russian investigators in relation to the ex-Prime Minister of Ukraine Arseniy Yatsenyuk called on social networks a storm of jokes and comments.

This time in the investigation of the so-called “Chechen case” RF “identified” Yatsenyuk as the party fighting in Transnistria. In the case there was a photo of members of the UNA-UNSO in 1992, and in the framework of the “expertise” of one of them dubbed Yatsenyuk. And nothing that I cannot be considered a human face.

Users are now called Ukrainian policies “a killing machine” and jokingly painted a scenario of bloody battles with his participation.

Involved in the trolling and the Minister of internal Affairs Arsen Avakov.

Here you work with the person years, and he is not only drenched in Chechnya .. so even in Transdniestria cut! https://t.co/PUu3iDkPbS pic.twitter.com/fjRlTIRTlL

For 25 years Thriller Yatsenyuk has not changed. pic.twitter.com/gc26Mm8pvC

it seems the only war where Yatsenyuk lost the war against corruption. pic.twitter.com/3cwq4pAIeT

once on the faction Arseny told the story, from which all could not get out from under the chairs: “Frankfurt airport….

And now Putin’s falcons opened another page of the biography Bloody Rabbit: it turns out that he committed atrocities, Poleski…

Videophony and delusional nonsense: Yatsenyuk reacted to your arrest in absentia in Russia