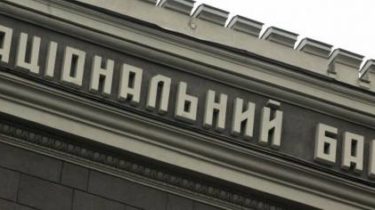 The national Bank of Ukraine States that did not require release from the media group “1+1 media” room on the Kirillov, 23.

This is stated in the press service of the NBU released the evening of 12 September.

“The national Bank did not contact the tenant company “Broadcasting company “Studio 1+1” or to the lessor, OOO “Poll neruhomist” with the requirement to vacate the premises by St. Cyril, 23″, – stated in the message.

The national Bank noted that they found the information about the eviction of “1+1 media” from the premises of manipulative and twisted. According to the regulator, this information is an attempt to influence the decision of the NBU in terms of loan repayment, the guarantor which is the company “Podl real estate”.

Recall, September 6 in a press there was an information that the Prosecutor General’s office of Ukraine plans to carry out inspection of the building at vul. Cyril, 23. Since 2012, the premises was rented by the media group “1+1 media”.

On 29 August the company received a letter from the “Poll neruhomist”, in which it was announced that the NBU is planning to 25 September 2017 the sale of the building for what it is as collateral for the refinancing process of “PrivatBank”. At the same time, OOO “Poll neruhomist” I demand payment of the entire loan amount– 4 406 807 586,50 UAH, at that time, the estimated cost of the building, according to the mortgage contract, a fraction – of 976.00 027 258 UAH.

After receiving a letter from the “Poll neruhomist”, “1+1 media” has applied to the NBU with a request to clarify the situation regarding future rent, given that “1+1 media” paid the rent till March 2018.