“Where can I sell a kidney?”: as the Network joked about the presentation of new products Apple 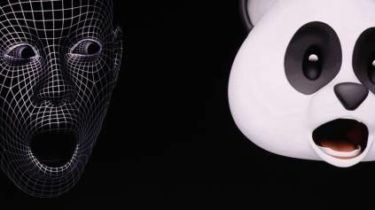 On Tuesday, September 12, the Apple company at the annual presentation unveiled three new iPhone – iPhone 8, iPhone 8+ and iPhone 10. In addition, were presented and other new items “Apple” of the Corporation – smart watch the third generation, and Apple TV.

Social media users followed the presentation online and immediately commented on what he saw.

Outdated already at the presentation of laughed at iPhone 8

Most users laughed at the fact that the iPhone 8 is already obsolete in the presentation, they jokingly wondered what body part to sell to afford a tenth the iPhone, and asked to give the “antediluvian” iPhone 7.

80K FOR A NEW IPHONE!?
DUDE, WHERE THE KIDNEY TO SELL?#AppleEvent

Until I saw the price of #rogue #appleevent

blet, of course, I love my iPhone, as a person, and devoted to him with all my heart, but X just aaaaaaa Aime in love #AppleEvent

first they took away the headphone Jack

now they took away the home button

#AppleEvent
I will tell my grandchildren how cool the iPhone with animated bowel released in 2к17,and all bombed Twitter about him.

Animoji. When you on the one hand the adult, and on the other.. They added a wicked deuce!!!!! #AppleEvent pic.twitter.com/Eat87vNCTw

the owners of the service centers of Apple, after he learned that the new iPhones with glass on 2 sides pic.twitter.com/gPWHBJNUCb

– I broke glass like chocolate in my hands…
– I understand that you have an iPhone 8, but this is not the first case

Apple has created wireless charging, because they never learned how to do wire.

When trying to read the correspondence his guy on the new iPhone. #AppleEvent pic.twitter.com/o0MyKUyC91

When you see iPhone X, just turn to the other side of the street, so that, God forbid, do not know

When you see iPhone X, just turn to the other side of the street, so that, God forbid, do not know