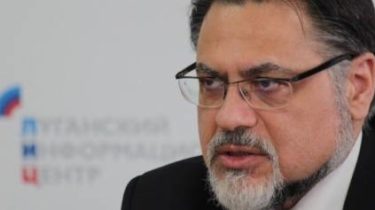 So, the coordinator of group “Information resistance” Dmitry Tymchuk in Facebook said that the removal of the “parliamentary powers” of the representative of the “LPR” in the Minsk group Dana caused a resonance among the functionaries of the “LC”.

“Despite the fact that Dana himself says about the alleged new “work”, his “colleagues” believe that the presidential administration is preparing “evacuation” of Dana to Russia on the personal agreement of the latter with Vladimir Surkov”, – stated in the message.

Operational data of the IP group In the period from 6 to 12 September Russian-terrorist troops in the Donbass increased.

We will remind, earlier it was reported that in the higher and average link of the “administration of the head of DND” rumours of the change management team of the “DNR” in October of this year. These rumors are based on the latest developments in the occupied Donetsk.