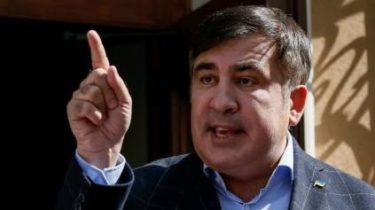 The representative of the State border service read the Chapter “Movement of new forces” to Mikheil Saakashvili’s administrative report on illegal crossing of the Ukrainian border near Lviv hotel “Leopolis” where is the politician.

The guards came to Saakashvili in the hotel

This happened in the presence of MPs, defenders of Saakashvili and journalists.

At the same time politician stressed that the Protocol should have been given within three hours after the probable violation of the border, but now, this procedure is illegal. This was stressed by the lawyers of Saakashvili.