SBU announced in tracing the ex-mayor of Kiev Chernovetsky 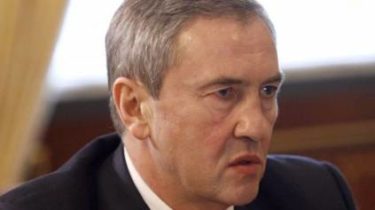 The security service of Ukraine was declared wanted the former mayor of Kiev Leonid Chernovetsky on suspicion of abuse of power or official position, has led to heavy consequences. Relevant information contains on the website of the Ministry of internal Affairs in the section “Persons hiding from authorities.”

The Prosecutor’s office of Georgia stated about the impossibility of issuing Chernovetsky, Ukraine

States that disappeared Chernovetsky 24 July 2017, but the disappearance is not specified. In “measure,” stated: “the resolution of court on permission to detention to drive.” 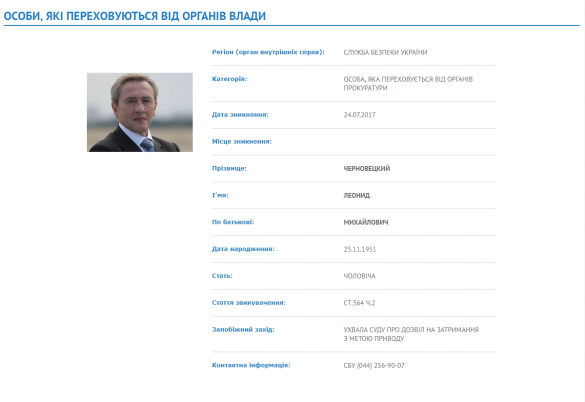 Recall, GPU reported about suspicion to the former head of the Kiev, who is suspected of causing damage worth more than UAH 250 million.

In turn, Chernovetsky has denied all accusations and accused the Prosecutor General Yury Lutsenko in revenge.

July 25, investigators HCP has received court approval for the detention of Leonid Chernovetsky with the purpose about to participate in the consideration of the petition for application of a preventive measure in the form of detention.