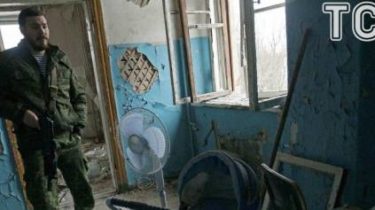 During the Skype-conference of the subgroup on safety in the Donbass, the Ukrainian side demanded that the militants adhering to a cease-fire.

About this on his page in Facebook wrote press Secretary of the Ukrainian representative in kontaktgruppe Leonid Kuchma Darka olifer.

“The Ukrainian side called on Russia and ORDA to comply with its obligations to respect the cease-fire. Due to shelling civilians suffer. Children can’t attend school. In jeopardy are the main objectives of the school truce – the safety of children during the school year,” she said.

Ukraine also requires that every case of violation of ceasefire regime from ORDO was investigated and the perpetrators publicly punished.

At the end of the Skype meeting of the subgroup on safety. The Ukrainian side urged the Russian Federation and ORDO to honor their commitments nece…

Two of the wounded in the ATO area: the military record of the aggravation of the situation in the East

Earlier, the UN published data on the victims of the war in the Donbass. From 14 April 2014 until 15 August 2017 documented 34 766 victims in the Donbass, among them military, civilian and members of armed groups.