Police are investigating the video, which “lit up” exploder car in the center of Kiev – media 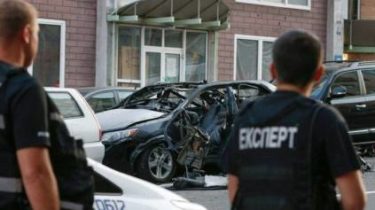 The police have the video, which is recorded as an unidentified man operates the detonator for the car bomb of a citizen of Georgia Temur Makhauri in the center of Kiev.

This is with reference to a source in law enforcement write “Ukrainian news”.

According to the informant, the video also shows, how after the explosion, the attacker is hiding in the underpass near the area of Bessarabia.

In addition, the source said that, most likely, the explosive was put in the armrest in the car.

“At the blast site found part of a detonator, and a mechanism which drives him on a radio signal. All identified elements under examination,” – said the militiaman, noting that the police rejected the version that could trigger the explosives, which allegedly carried the victim.

The Savior child in the blast at Bessarabka: thank God I was able to do so