Ukraine will ask for the extradition of the prisoner Chiygoza – Chubarov 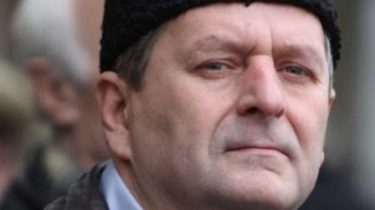 Ukraine will ask for extradition of the convicted person in anacoana Crimea, Deputy Chairman of the Majlis of the Crimean Tatar people of Akhtem chigusa.

This was stated by the Chairman of the Majlis of the Crimean Tatar people, MP from the faction “Block of Petro Poroshenko” Refat Chubarov, writes “Ukrainian truth”.

“My lawyers have already lined up a further plan to save Akhtem chigusa, as the release of other political prisoners,” he said.

However, such a decision is for the President of the Russian Federation.

“Through legal action, submitting the appeal and to go to the European court of human rights, we will try to force Russia to extradite, return Akhtem chigusa to Ukraine”, – said Chubarov. He noted that for good reason.

According to him, that the verdict of the “Supreme court” of the annexed Crimea was forced to call Chiygoza a citizen of Ukraine, has a chance and a mechanism to use the instrument.

Recall Chiygoza was arrested back in January 2015 and spent 15 months in prison. After that, with numerous violations of the demonstration trial. He was found guilty of organizing “mass disorder”related to clashes that occurred on February 26, 2014 between Pro-Ukrainian and Pro-Russian protesters.