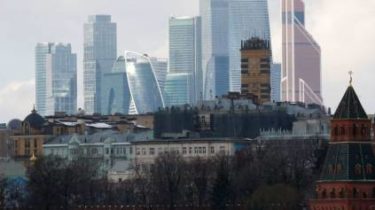 The Cabinet of Ministers instructed the Ministry of foreign Affairs and the security Service to make Russia the list of countries of migration risk until September 30.

The decision was taken at a government meeting, reports “Interfax-Ukraine”.

It is assumed that these departments must provide update of the list of migration risk countries in particular including Russia, and to inform the Cabinet and the NSDC.

Thus, the government adopted the plan of implementation of the decree Poroshenko on the introduction of the NSDC decision of 10 July on the strengthening of control over a cordon.

We will remind, Poroshenko enacted NSDC decision, which relates to gain control over the entry and departure from Ukraine of foreigners and persons without citizenship, compliance with the rules of stay in the country.

The national security Council instructed the government within one month to ensure the implementation, with the participation of SBU comprehensive measures to strengthen control over the entry and departure from Ukraine of foreigners, including citizens of Russia and persons without citizenship. The government was instructed to improve legislation regarding registration of residence/stay in Ukraine of foreigners, including the Russians, and stateless persons, which originate from States of migration risk or moved from the territory of such States.

The Cabinet had to update the list of countries of migration risk, particularly to make it RF.

Videorussian will be able to enter Ukraine only with biometric passport or, surrendering fingerprints