“A gift from Poroshenko.” Sakvarelidze reported about suspicion in the transportation of Saakashvili across the border 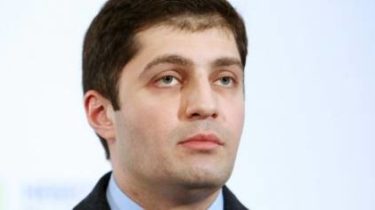 The video, which ally of Mikheil Saakashvili read out a suspicion, Sakvarelidze has published on his page in Facebook.

According to the document, it is suspected under three articles of the Criminal code of the group violation of public order, illegal trafficking of persons across the state border of Ukraine and resistance to the representative of law enforcement body.

In turn Sakvarelidze called the commencement of proceedings against him a “gift from Poroshenko.”

“”This gift from Poroshenko, a gift from Peter I to all the people who are fighting… This is a purely political prosecution of all leaders and all people who participated in democratic action, trying to protect their health and their lives, when the government said that the checkpoint “shehyni” mined. Now I’m getting a suspicion that we illegally crossed the border. It turns out that we, in Ukraine, there are a few boundaries. Because there is the Polish-Ukrainian border was crossed by no one – neither I nor the other person,” he said.