Details the possible introduction of peacekeepers in Donbass and stay Saakashvili in Ukraine. Five things you might oversleep 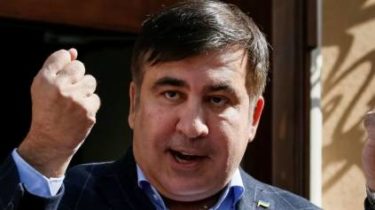 1. In the case of breaking the boundaries of Mikheil Saakashvili and his supporters appeared another article. Criminal proceedings which are investigated in Lviv cops, supplemented by the article “hooliganism”. Read more→

2. On the evening of 13 November, about 20.00, a former Chairman of the Odessa regional state administration Mikheil Saakashvili after a speech in Chernivtsi, drove towards the Romanian border. Witness to that was a correspondent of TSN. After a politician in a motorcade left Chernivtsi, he went to the border. Noticing the car of the film crew of TSN, the train increased speed and pulled away from journalists. Read more→

3. The current associates of the former Chairman of the Odessa regional state administration, Mikheil Saakashvili, Yulia Tymoshenko and Andriy Sadovy – I want his popularity to get into power. This opinion in an interview with TSN.ia was expressed by Russian political analyst Stanislav Belkovsky. Read more→

4. The political scientist explained why Putin seeks to enter the Russian peacekeepers in the Donbass. We will remind, Putin said that he supports the introduction of UN peacekeepers in the occupied territories of Donbass, but these powers should only be on the boundary line. Read more→

5. The introduction of the UN peacekeeping mission in the East of Ukraine will protect the citizens from armed violence and contribute to the restoration of the sovereignty and territorial integrity of the state. This was stated by the speaker of the U.S. State Department’s Heather Nauert. Read more→