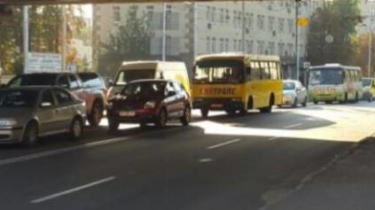 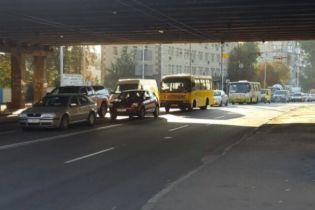 In Kiev from-for break of a pipe has blocked the movement of the trolley and put them on other routes.

As noted, the limitation of motion related to the pending emergency work to restore roadway damaged by a pipe burst that occurred the night before.

Attention! In the area of Kurenivsko Park partially blocked the St. Cyril. Transport moves only on one strip. …

In addition, Kyiv city state administration assured that the increased number of trams which run on route 19, at the place of accident work responsible service of the city.

Good morning, detectives! Circle of Kirillov – breakthrough networking, street partially blocked (in the side of Shevchenko PL). All unfold to the surrounding streets. Photo Anna

Recall that on 14 September in Kiev the fire engulfed the market “Kolibris” on Borshchagovka. Broke pharmacy under transportation on Prospekt Lesya Kurbasa. The fire has suspended the movement of high-speed trams №3. No casualties were reported.