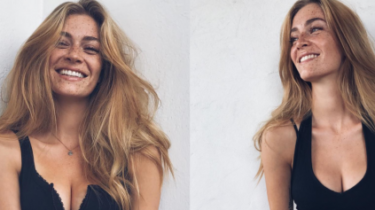 Today, 15 September, the Network admired the beauty of charming models with freckles Paulina Svante and laughed at the dog, which performs a rather unusual trick.

The company SpaceX has published a video from the failed attempts at rocket launches.

People laughed because of the fake photo, which the US President Donald trump supposedly makes a seal after the hurricane.