Tusk announced at a meeting with Poroshenko 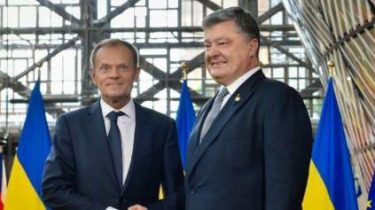 The President of Ukraine Petro Poroshenko on the sidelines of the session of the UN General Assembly he intends to meet with President of the European Council Donald Tusk.

This was reported in the office of the President of the European Council, writes UKRINFORM.

In the Brussels negotiations Poroshenko and Tusk

“On Tuesday, September 19, in new York, is scheduled to meet with President of Ukraine Petro Poroshenko”, – stated in the message.

We will remind that on September 18-21, the Ukrainian President will pay a visit to the United States of America, in which will take part in the meeting of the UN General Assembly.