“Natasha and Masha blew up”: a mother wounded by the explosion on Bessarabka women talked about their experiences 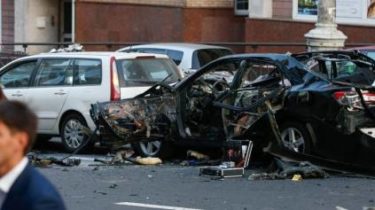 Doctors continue fight for life Natalia Tselovalnikova, who was driving the car that exploded last week near the capital of the Bessarabian market. A woman has more than 50% of skin burns, her condition is still very serious, says the story TSN.19:30.

The mother of the victim Irina Koneva for the first time in decided to meet with reporters to talk about his daughter. Its as describes: tears, hope and anger through the rumors and speculation regarding the circumstances of the explosion and the personal life of the daughter.

Natalia and her 7-year-old granddaughter Masha, both now in the burn center. Baby maximum protection against the news that her mother just on the floor above – in intensive care. “She’s always about mom asks why I’m calling my mom, and she’s not answering. Because the doctor took the phone from her and does not allow us to talk,” says the woman the news of the explosion caught in Transcarpathia, where he stayed with a friend. The terrible news could fit just a few words from a former son-in-law: “Natasha, Masha blew, Mary is alive – that was the message.”

In the morning Irina was in Kiev and well remembers when he first saw her. “I would like to Express my gratitude from the heart of a mother to the doctors! Because what they do is simple,” is a woman. Irina knows and who owe over the life of the granddaughter – her Savior Vitali saw it on air of TSN. “It’s a miracle that on earth there are such people. I am very grateful to him that he was not afraid, and in such a situation assisted Mache,” says her grandmother.